Tinder was a lost cause. He had over two hundred matches and none of them wanted to meet. The most recent, Dana, 22, less than a mile away, shot him down so hard Paul had to put his phone down and reconsider his life. 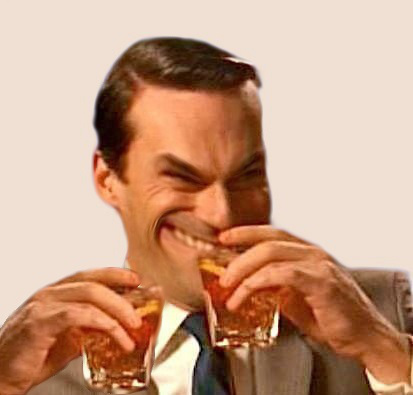 Tinder was a lost cause. He had over two hundred matches and none of them wanted to meet. The most recent, Dana, 22, less than a mile away, shot him down so hard Paul had to put his phone down and reconsider his life.

Must be 6’4 to ride, Dana, 22, less than a mile away, said before promptly blocking him.

Paul rolled over onto his side, careful to keep his feet off the bed so his freshly polished brogue shoes wouldn’t get dirt on his comforter. It was 10:24 PM.

What happened? I used to get new ass all the time, Paul thought. I might not be the tallest or richest guy in San Francisco, but so what? Tell a girl here you’re co-founder of a science fiction-themed indie rock record label, and their pants practically grow tentacles and climb off on their own. Everyone has dry spells. I just need to get out of the studio more, and back in the game.

He was walking out the door of his building to go to the bars solo when his phone buzzed in his pocket. It was a new match: a cute brunette with wide eyes and a seashell smile named Linda, 24, less than a mile away.

You look like trouble, Linda, 24, less than a mile away said.

So, gorgeous, are you just on this for an ego boost, or can we grab a drink tonight?

Linda took a whole ten minutes to respond. While he was waiting, Paul looked at his own pictures. He liked the one where he was drinking beer on the beach in Ko Phi Phi, Thailand the best. In the picture, he was tan and sporting an eight-week beard. His chin looked great. Paul thought it was his best physical feature, like a young William Shatner in the first season of Star Trek. His dad had a great chin, too.

Paul was about to un-match Linda when her message bubble appeared. I’m with my friend. We’re at Costarella’s. Come meet up!

On my way, Paul replied.

Linda sent him a smiling poop emoji, and Paul knew he was in.

He hailed a Lyft and was at Costarella’s in exactly twelve minutes. It should’ve been eight, but there was deadlocked traffic a few blocks from the restaurant, a line of cars rubbernecking an ambulance where a pair of EMTs was loading a pale, gasping man onto a stretcher.

Paul caught a glimpse of the man just as they were closing the door. His eyes were parched and bloodshot. His pupils looked like tiny barbed raisins. He looked excruciatingly thin, like he was dried out. His pants were covered in vomit and something else Paul didn’t want to think about. There were dozens of tiny puncture wounds covering the man’s face and arms.

As if reading his mind, the Lyft driver, an Indian man named Patel, said, “San Francisco… beautiful city, but it has a bad homeless problem. This is the third overdose I’ve seen tonight.”

Paul shook his head in disgust. “I know. I hate it. Why can’t they do that shit somewhere where people don’t have to see them?”

It didn’t occur to Paul until later that night that the man he’d seen being loaded into the ambulance was dying.

But wait – that’s not the end. This post is only the first half of the story! Want to know what happens next? You can read the story in its entirety in the new Ancient Enemies horror anthology, out now from Good Dog Publishing.  Buy it here –

… and be sure to leave a review!