Like any sexy seductress who comes on too strong, tinkering is hiding a knife behind its back, and is just waiting for the first opportunity to stab your story in the guts and slice your progress to shreds. 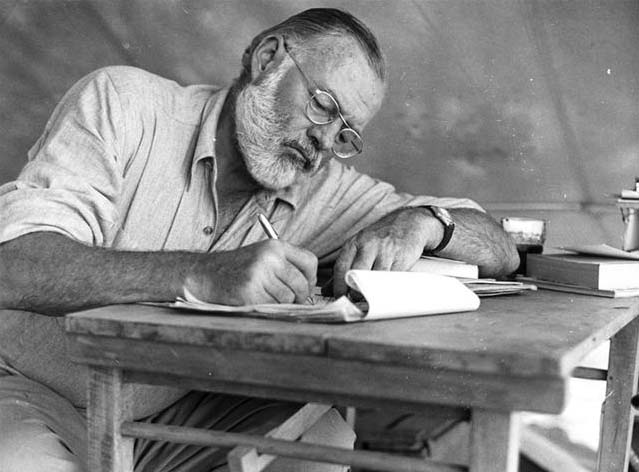 Tinkering is the greatest pitfall a writer faces when trying to finish a story.

Tinkering is a bad, and often destructive habit, which at first glance can easily be mistaken for a much different, more productive part of the writing process called editing. While editing will transform a rough first draft into a finished story, Tinkering can often have the opposite effect, and derail you from ever completing that initial first draft. It’s a small mistake that can lead to disastrous consequences, from slowing your progress on a piece of writing, to causing you to outright fail and permanently abandon the project for grass of a greener shade.

The choice to tinker instead of edit may appear slight, but it is not. It can mean the difference between finishing a story and not finishing it, between having something you are proud of and eager to show people, and producing nothing but a half-finished pile of wasted potential.

Here are the major differences between editing and tinkering you should be aware of, so you don’t end up choosing the wrong tools for the job.

Loosely defined, editing is polishing what you have already written, with a definite goal and timeline of when you will be done.

Editing has structure. It has rules.

You edit your first draft only once it is complete, and not before.

You edit your story twice before sharing it with your first readers, whose feedback will lead to a third, and hopefully final, round of edits.

Editing a story is a finite process, though it can take as long to do properly as it did to write the first draft. But the process has a distinct beginning, middle, and end.

Editing is using the right tool, at the right time. It is sanding with sandpaper, when sanding is all that is left to complete your work of art.

Editing is good. It is a productive, and necessary, use of your time, if your goal is to write a finished story.

Tinkering is the opposite of editing.

Loosely defined, tinkering is rewriting before it is time to rewrite. It is not a way of polishing your work, but of subverting it.

Tinkering occurs before the first draft is done, usually while writing the first half of a story, when the words are so still fresh on the page you are viewing them with a writer’s, not a reader’s, eyes.

Tinkering has no structure or rules. You can tinker at any point in the story, at any time you like, changing whatever parts you don’t like on the fly, probably because you read them out of context.

Tinkering is indefinite. It has no fixed endpoint or goal beyond the nebulous notion of making the writing “better.”

Tinkering breaks your momentum. Like the trailer park vampires in Doctor Sleep, it only exists to sap your steam.

Tinkering makes you want to start over, forces you into a vicious rut where you don’t like anything you’ve written and want to redo it all, eventually killing what made the story good in the first place, ultimately destroying your passion for it and causing you to jump ship.

Tinkering is using the wrong tool, at the wrong time. It is sanding with a chainsaw, when you’re still looking at a mostly blank slab of marble that doesn’t yet have the vaguest hint of the shape you’ve envisioned.

Tinkering is bad. It is a waste of time if your goal is to write a finished story.

I Failed Many Times Before I Ever Finished a Story

On a more personal note (actually, a confession): the author of this post had to learn all of this the hard way.

For almost fifteen years, the last five of which I’ve spent as a screenwriter in the video game industry, I was a tinkerer.

I’ve had my fair share of failed projects, both personal and professional, and while I can’t shoulder all of the blame for big budget video games that were cancelled or which I had to walk away from, since there were a lot of other people whose incompetence, poor ethics, and bad ideas caused those projects to fail, on my own personal projects, I can offer no excuses.

I started probably a dozen different “novels” from the time I began writing every day as a habit back in high school, to last September, when I wrote the opening paragraphs of Lurk—the first novel I actually finished, set to be published this fall.

One day I’d get a really great idea, spend the next few months plotting and world-building, hit the first draft hard until I reached 20k-50k words (once even made to 100k), then, as inevitable as a decaying orbit, the story would inexplicably crash and burn.

I couldn’t understand it. What was I doing wrong? I had five false starts on my first attempt at a science fiction novel—one that I was absolutely determined to finish, and was convinced would be my masterpiece. I wasted five years of my life on an incomplete manuscript that remains to this day in the “To Finish” folder on my laptop. 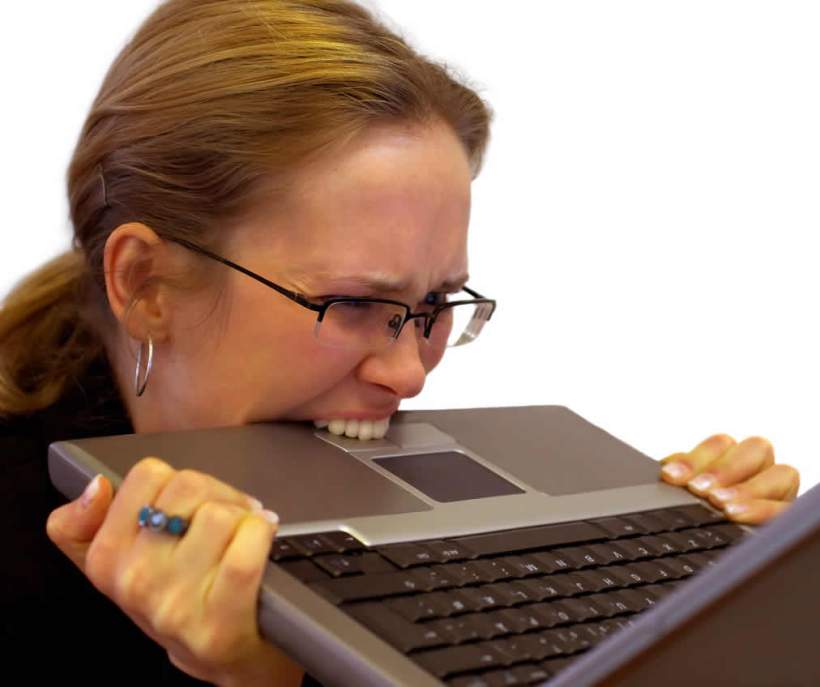 Why Did I Fail?

Why did I fail? Because I tinkered.

Sure, some of the greatest sentences in literature can probably be attributed to tinkering. I will admit not every act of tinkering is bad, and that there may sometimes be a silver lining to the downward spiral. The problem is when you make going back to rewrite before the draft is done a habit.

That’s what editing is for. You don’t need to stop and go back—ever—because you don’t need to worry about single sentences and paragraphs, even whole chapters, when writing a first draft.

First drafts are supposed to suck. Every first draft in history has been a steaming pile of shit:

For Whom the Bell Tolls.

A Song of Ice and Fire (the first draft of AGOT didn’t even have dragons in it).

Those works were most likely nigh unreadable when they were first drafts, full of spelling and grammar errors, poor wordage and inconsistencies. And that’s fine.

What isn’t fine, and will absolutely screw you and your work in the long run, is feeling dissatisfied with a story you haven’t finished yet. And this is precisely here the desire to tinker comes from.

You have no idea how good a story actually is until you finish it and read it again later with a reader’s, not a writer’s, eyes. Sure it could suck. But if you have any experience and passion for writing, which is probably the case if you’re reading this, since people who don’t know how to write or don’t like it usually don’t try to write novels, my guess is that it won’t suck. There will be flaws, rough patches, and plot holes in your first draft that may make you feel defeated, and think you could have avoided or fixed if you’ve just gone back to tinker.

But I promise, all you would’ve accomplished by tinkering is nuking yourself in the foot. 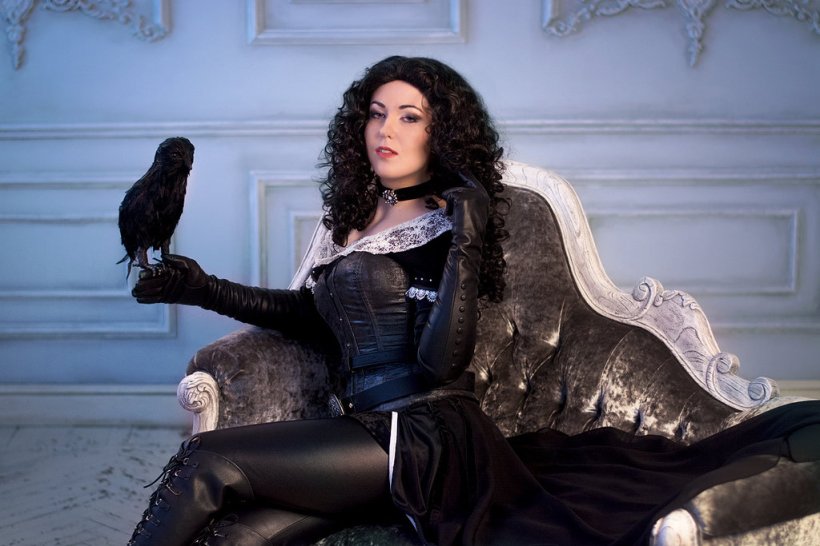 The difference is clear. Editing will make your story better, and will make you better writer. Tinkering, while incredibly tempting, because it gives you the immediate chance to make your writing sexier, will only cause problems, and quite likely, if my own experience is any indicator, actively cause you to fail.

Like any sexy seductress who comes on too strong, tinkering is hiding a knife behind its back, and is just waiting for the first opportunity to stab your story in the guts and slice your progress to shreds.

So take the longview. Push through and finish that first draft. Only then, should you go back and edit.

Don’t be like me. For the love of dog, don’t tinker.